I’ve just released Pyonic interpreter 1.2. As usual, you can get it from Google Play, now for Python 2.7 or Python 3.6. The APKs can also de bownloaded directly from Github (where the source code is also available). 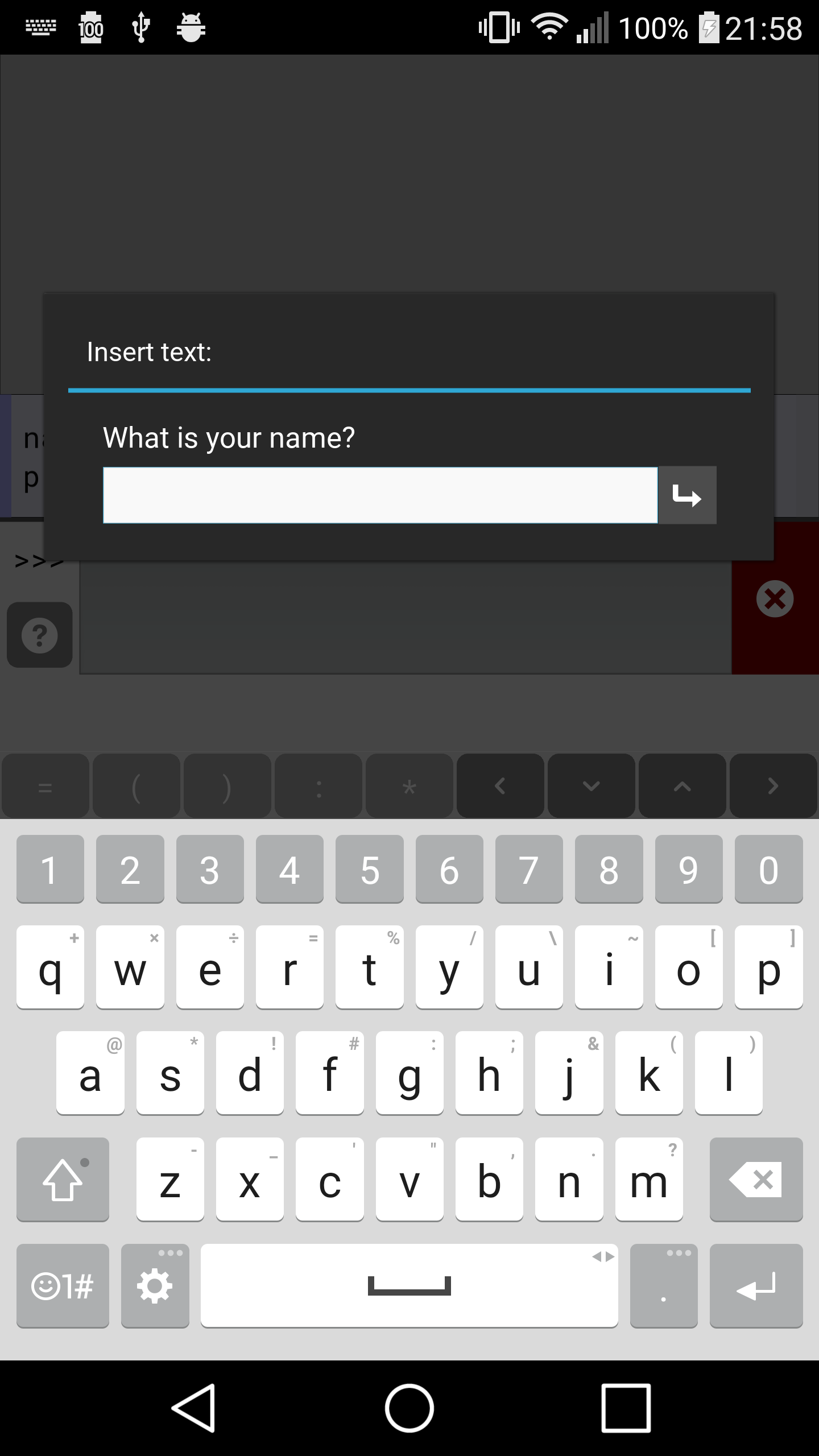 The main change to the app this release is support for the input and (in Python 2) raw_input functions. These would previously crash as the interpreter isn’t really being run in a shell, so the way they try to take input doesn’t work. They are now overridden with new replacements, which should hopefully behave roughly the same way as the originals are supposed to, but via a more convenient popup gui for the text to be entered.

I’m still working on file editing and other Python management functions, but there didn’t seem to be any reason to delay a release since according to the Google Play reviews people are trying and failing to use the input functions.