Pyonic interpreter 0.7 has just been released. There are now two versions on Google Play, one for Python 2.7 and one for Python 3.5. The APKs are also available directly from Github. Other features in this release include a new settings screen and improved gui arrangement. 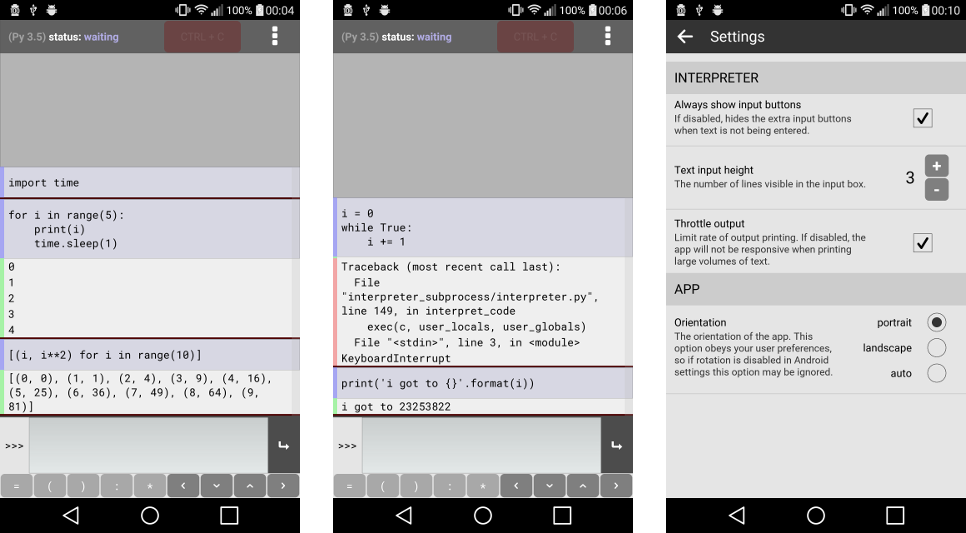 The app is written in Python using Kivy, and uses exactly the same code under both Python versions. This code is open source and available online on Github.

This release includes most of the short term improvements I had planned, since supporting Python 3 didn’t raise any major issues. I expect that development will now focus on adding a few more usability tweaks, then working with the Python packaging to add features like pip installs for new modules, code editing (rather than just the interpreter interface), and support for GUI creation via Kivy.